Building on the dream.

His success may sound predestined, but it was more about passion and practice. “The first time I picked up a skateboard, I ran into the fence because I didn’t know how to turn,” he told Rolling Stone.

In 1999, Tony teamed up with Activision to create the Tony Hawk’s™ Pro Skater™ video game. His life would never be the same. In a stroke of good timing, at the X Games that same year, he became the first skateboarder to ever land a 900, which was considered the holy grail of vert skateboarding at the time. 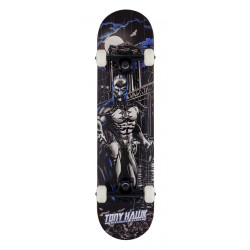