Blockhead was founded in 1985 in a northern California garage by Dave Bergthold and rolled strong for about ten years.
During that time many friendships were made, good times were had, careers were launched, momentous ramps were built and lots of great skateboarding went down.
Blockhead definitely made it’s mark in the skateboarding world whether it was the original style of Ron Cameron’s artwork, heated sessions on the most famous mini-ramp of all times ‘The Blockhead Ramp’, or the wealth of talented individuals that went on to shape the future of the skateboard industry or excel as professional skateboarders. 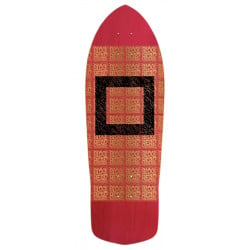